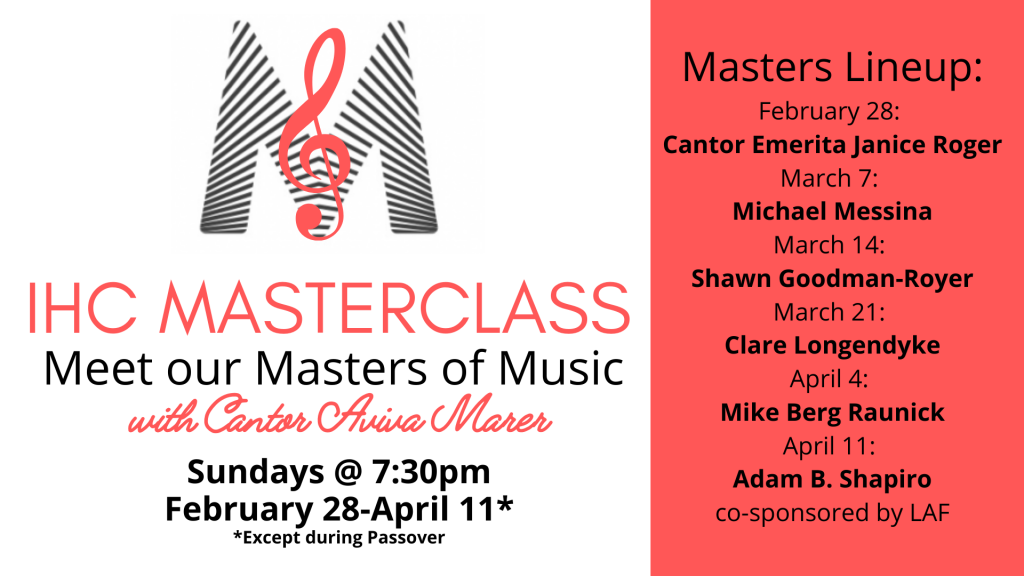 Join us for the grand finale on April 11: Adam B. Shapiro 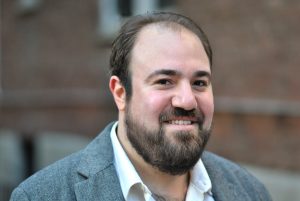 A native of Indianapolis, and graduate of BSU and North Central High School, Adam has performed nationally and internationally in both English and Yiddish. Most recently, he played the Rabbi and understudied Tevye and Lazer Wolf in the Off-Broadway production of Fiddler on the Roof in Yiddish. He has a long standing relationship with the National Yiddish Theatre Folksbiene, for whom he recently produced and directed a star-studded online Chanukah Spectacular.
On television, Adam has appeared in The Marvelous Mrs. Maisel, Master of None, 30 Rock, The Mysteries of Laura, Adam Sandler’s The Cobbler, and HBO’s Emmy-Winning film, The Normal Heart.
He is also a MAC Award winning solo performer and his debut single, Warm as Winter, is available on iTunes and Spotify. http://www.adambshapiro.com

Adam’s appearance is co-presented by LAF (Life After Fifty)