Talk with Rabbi Aaron Spiegel: Attract, Engage, Retain: Can Social Justice Do All That? 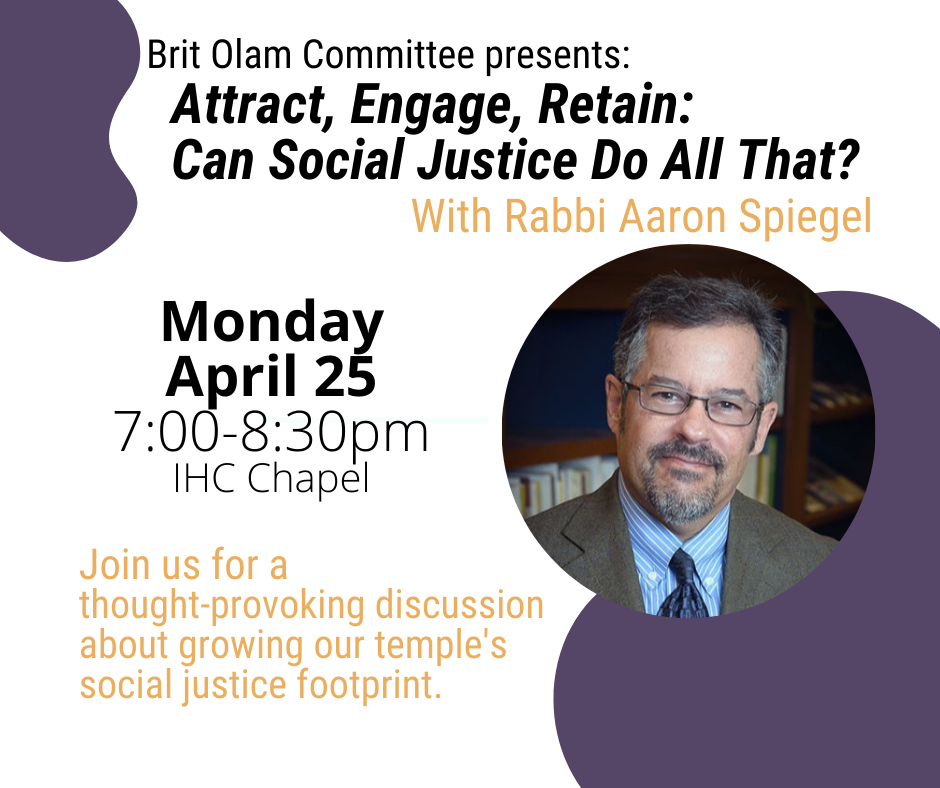 Learn about the state of social justice in congregations across the country and here in Indianapolis. Rabbi Spiegel will present and interpret findings from multiple studies using the nation’s largest dataset of synagogues and their members. Share your questions with Rabbi Spiegel as we chart a path for IHC’s newly established Tzedek Committee. And stay until the end of the discussion to learn about upcoming social justice events.

This event is proudly presented by the Brit Olam Committee.
Please RSVP to les.zwirn@gmail.com